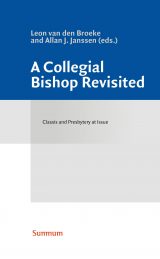 Classis and Presbytery at Issue

Wherever there are Reformed and Presbyterian denominations in the world,there are classes and presbyteries. The authors in this volume probe the role of the classis and presbytery, their authority, shortcomings and possibilities. The volume includes not only explorations of the origins of the classis and the presbytery, but also recent international developments, such as the Classis renewal movement in the Christian Reformed Church in North America and in the Evangelical Church of the Czech Brethren, and the appointment of ‘classis ministers’ in the Protestant Church in the Netherlands.